Leaving Trincomalee behind we had a two-hour drive to Habarana, a small village at an important crossroads in Sri Lanka’s cultural triangle.  We would base ourselves here for a couple of nights to visit nearby Sigiriya and the Dambulla Caves Temple.

Our guesthouse, the A4 Villa, was slightly out of the village along a dusty dirt road and was nice and relaxing.

Dad took a walk into the village to use the ATM and to stock up on groceries for our stay.   As we had one full day to use up we chatted about what was the best way to spend it and decided to visit Sigiriya.

We organised a car to take us back to Kandy the next day and asked to stop off at the Dambulla Cave Temple as it was on the way.

Arriving at the Cave Temple around 10am we started to climb the many stairs to the cave temples. As with Sigiriya, the climb up in the heat was draining but well worth it. We took our shoes off and began to walk to each of the five caves of the World Heritage Site.  The first cave, the Cave of the Divine King had an impressive reclining Buddha.   There are a total of 153 statues of Buddha, which makes turning your back to him pretty much impossible when in the caves!! 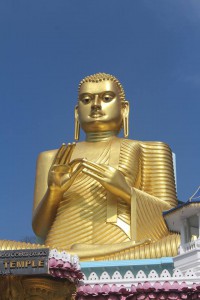 Our son had his first experience of a squat toilet before we got in the car again. With Dads help he coped quite well, but it sure was a culture shock for him!!

The car climbed the hills towards Kandy, but our daughter was complaining she felt sick again.   We have come to realise that she gets motion sickness and the climb to the Cave Temple in the heat wouldn’t have helped at all. As we entered Kandy she could hold back no longer. There was no place for the car to pull over so Mum had to be on hand with a makeshift sick-bag.  Once purged she was back to her usual happy self as we pulled into our guesthouse, the Crystal Lake Resort, for our two-night stay.

The guesthouse was basic but we had picked it for the price and its location near to the Garden Café. The Garden Café is a cheap eatery at the far side of Milk Lake and close to the children’s playground.  After unpacking we spent the rest of the day doing school work and relaxing before having our dinner at the Garden Café. 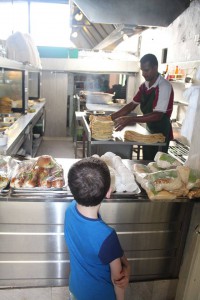 The next morning, we took the kids to the children’s park (via Garden Café) and let them burn some energy. We then took a walk around the lakeside into Kandy to get some groceries and take the kids to World Play.  Since World Play didn’t open until 2pm on weekdays we headed back to the apartment.  Mum would have a rest in the afternoon while Dad took the kids back to World Play after some schooling.

Once more we went to Garden Café for dinner before packing our bags.  Tomorrow we would be taking a seven-hour train journey through Sri Lanka’s hill country, one of the most spectacular train journeys in the world…. 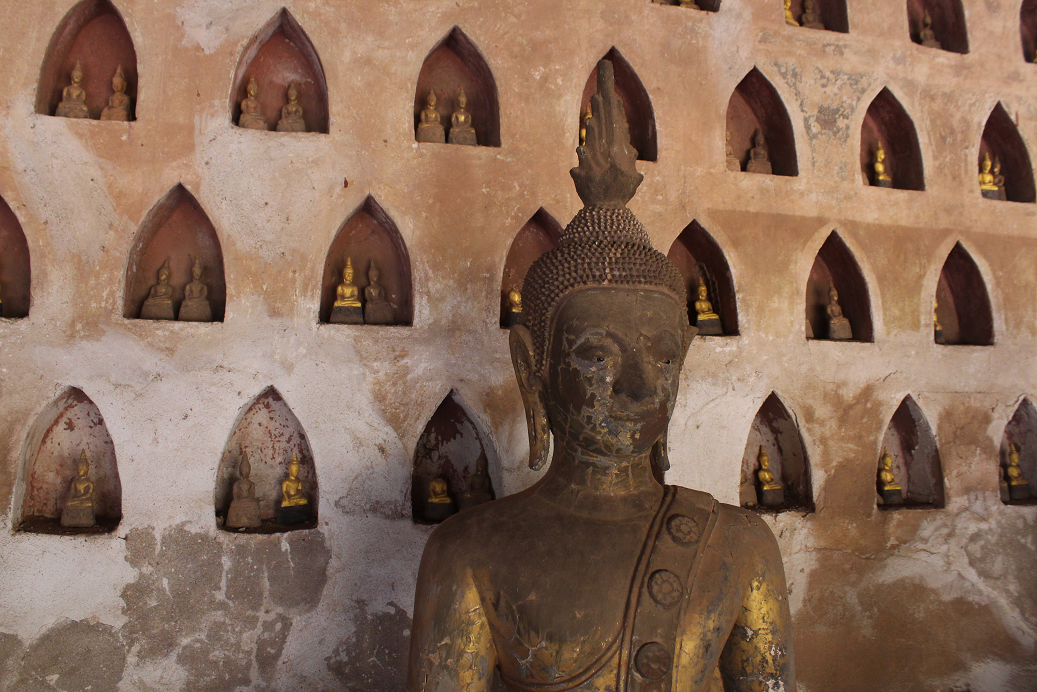