Our flight from Colombo to Kuala Lumpur went much smoother than then first flight of our trip.   In under four hours we had landed and were in good spirits.   We sorted ourselves out with local SIM cards and headed to immigration.   There was a message from our Airbnb host to give them an hours’ notice before our arrival.   Since just had to clear immigration, collect our bags and take the half an hour train trip into the city we figured we had better call.   At immigration, our spirits were dampened.   The queue to get through immigration was HUGE and it was hot in the hall.    We spent two hours waiting in a line that only slowly moved forward and each one of us were frustrated at one point during that time.   A Chinese family were in the queue to our left and their little boy, David, played with our children and shared snacks.   It was very kind of him and really helped our children deal with the long wait.

After finally clearing immigration and collecting our bags we then had to work out where the train station was.   The airport doubles as a shopping mall it seems and we wandered around for a while before eventually finding the train station.   We had sent an SMS to our AirBnB host and let them know about the huge delay and they then supplied vague directions to the condominium.  We thought we had followed the instructions correctly but ended up at a hotel instead where we had to ask directions.   Following the directions, we found ourselves walking around a car park basement.   Carrying our bags around in the heat we had to ask someone else for directions.   Eventually we made it to the correct condominium.  We were tired, grumpy and very sweaty!

We stayed two nights in the apartment. Checking out the NU Sentral shopping mall and swimming on our full day at the apartment.   After that we had booked a cheaper two week AirBnB stay in a condominium in the fringes of the city by Batu Caves.   Unfortunately for us we didn’t check if the apartment had Wi-Fi (it didn’t!) so we were to spend the next couple of weeks relying on the 4G data of Dad’s phone!

Mixing days out with lazy days in we spend the fortnight visiting Batu Caves, the Islamic Art Museum, the KL Bird Park, Petorsains Discovery Centre, Dinoscovery and the KLCC Park.   In this time, we also met up with three other world schooling families.   Both kids and adults had a great time meeting fellow travellers.   It was our Son’s birthday during this time too and we all had a day out to the fantastic Kidzania.   It was made extra special by the other travelling families joining us and after the kids tried various jobs to earn Kidzos throughout the day we headed for burgers for the birthday boy! 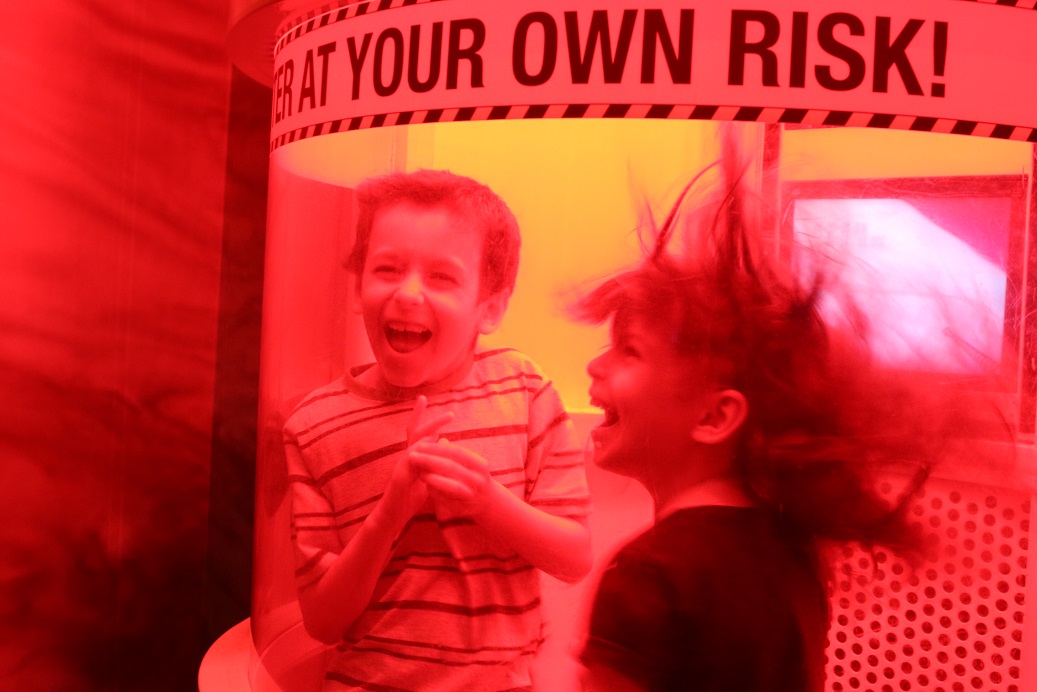 We liked being in the Batu Caves condominium. We were the only ‘westerners’ staying in the area and that made us interesting to the locals.  They would come and chat to us about our stay and would ask lots of questions about our travel plans.   We got to know the area very well.   In fact, by the end of our stay in the area we were giving taxi drivers directions to the condominium as some of them really had no clue where the place was!

Having decided that there was enough in Kuala Lumpur to entertain us for another week we booked an apartment in KL Sentral (with Wi-Fi) and when our time in Batu Caves was up we hopped on the train with all our bags and headed there.   We were due to meet up with our new world schooling friends for a BBQ the next day and did a big grocery shop for items to take.   When we woke in the morning both Mum and Dad didn’t feel well at all.   We cancelled on the BBQ and instead stayed in the condominium most of the day, venturing out so that the kids could use the swimming pool late in the afternoon.   The next day was another lazy day, with time spent at the swimming pool and schooling.

Being so close to KL Sentral, the transport hub of Kuala Lumpur, we took the short ride on the LRT to KLCC again to visit Aquaria KLCC with the kids. They enjoyed the fish displays, especially the long tunnel underneath the fish.  After the tunnel we were lucky that it was time for the fish feeding.  Getting seats at the front we watched the divers descent and feed the fish, sea turtles and manta rays.   After a short time in KLCC park we headed back for some more time swimming!

Another lazy day brought us to Mum’s birthday.   We were going to go to Sunway Lagoon Theme Park (mainly for the water park) for the day.  However, our Son woke with a very sore throat and was quite distressed, so we cancelled that plan.   He did perk up soon enough so instead we took the LRT to the Central Market.  The market was a hit with everyone.  It is housed inside an air-conditioned building with various stalls.   Mum got a Henna Tattoo and bought some traveller pants as a birthday treat to herself.   The kids chose a couple of items to buy too.   We left the market and walked around Chinatown until the heat took its toll on us and we returned to the apartment.

Our time in Kuala Lumpur was really geared around the kids having fun days out. For that it certainly delivered but after three weeks here it felt more like a holiday than travelling.   So at the end of three weeks we were more than ready to move on to our next destination – the much cooler (temperature wise!) Cameron Highlands. 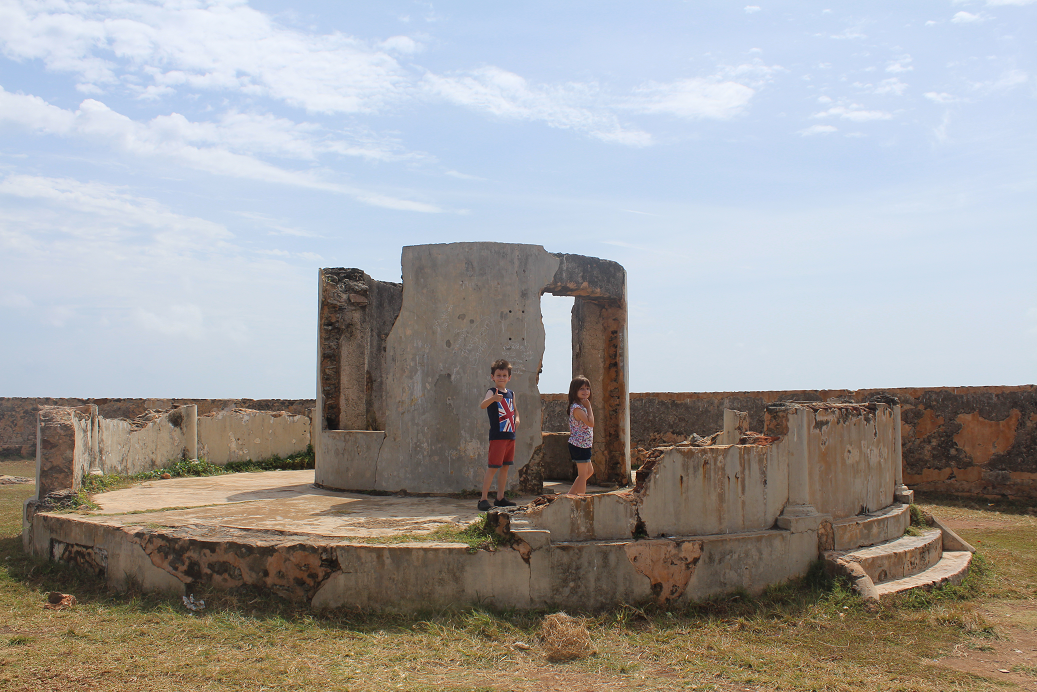 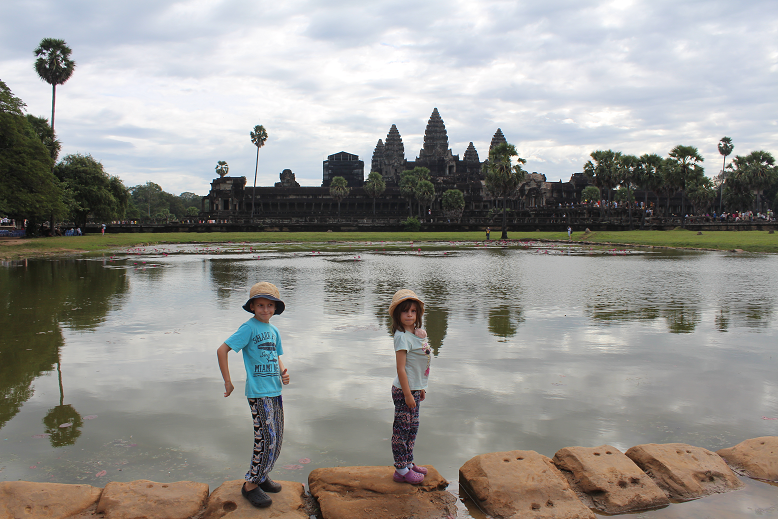