A mangrove tour with Dev’s Adventure Tours came recommended to us while we were in Langkawi.  We had already heard good things about Dev’s so we had an email exchange to confirm our booking.  We gave our names, guesthouse and room number and were told we would be picked up at 9:55am and taken to the jetty where we would pay the guide in cash.

The day of the tour arrived and we were busy getting ready when there was a knock at the door.  Dad opened it and despite being almost a full hour early a man confirmed his name and said he was here for the tour.  Thinking there must have been an error in the time on the email we rushed to get ready and were soon in the minibus with four others on our way to the jetty.

When we arrived we spotted toilets so we all headed in before the tour began. Dad and Son were first out and headed to the jetty. The guide that the driver had pointed out came over. We don’t think he saw our Son and requested a lot less than the tour should have been.  We were starting to wonder if things were right or not. It all seemed very disorganised compared to the reviews we had heard about Devs.  We were ushered onto a boat with just a driver (no guide?) and off we went.

First stop was to view some monkeys who swam.  One of them boarded the boat and made its way towards Dad and the snacks he had in the bag, forcing Dad to bang the GoPro onto the padded seat to scare it off.  The driver/guide ushered it off the boat and we were off again.

Next we stopped the boat and watched over ten eagles fly around us. Other boats were throwing food into the river and the eagles were swooping down to scoop the food out of the water.

We were enjoying the boat ride through the mangrove and the breeze was keeping us nice and cool.  The next stop was a fish farm.  The kids got the opportunity to feed some fish and watch as other different types of fish were fed by a man, giving us a brief overview of what he was doing.

Next up was the bat cave, the boat docked and we picked up some torches to enter a dark cave and view the sleeping bats.  It was here that we realised we were defiantly on the wrong tour! As we entered the cave another group were huddled around a guide. He was explaining about the cave and giving a lot of detail. Stitched on his shirt was the ‘Dev’s Adventure Tours’ logo.  While our son marvelled at the bats hanging down as he spotted them with his torch, we were left wondering how the driver who picked us up had known both Dads full name and the room number.  This information was only sent to Devs via email.

After the tour we were dropped at a beach for half an hour. However, the sea was too rough to swim in and a dark storm cloud was making its way towards us.  We just mooched around on the beach and the kids took turns on a rope swing.  The boat picked us up for our final stop – a floating restaurant.  Lunch wasn’t included in the price for us (it would have been on Dev’s) so we bought our own and tried to work out what had gone wrong.

Dad checked his phone to find an email from Dev’s.  Their driver had arrived on time and the guesthouse staff had told him we had left. They had even delayed the start of their tour to try and find us.  We explained what had happened, especially since we think the leak in details must have come from within Dev’s. They apologised and said that they would perform their own investigation since this was the first time anything like this had happened to them.  Someone else had got our information and swooped in before Dev’s.  It left us a little worried since whoever it was would also know our room number and the fact we were out for the day.

On returning to the jetty the same driver picked us up and dropped us back at the guesthouse.  Reception said they had not given our details out and thankfully everything was still in our room. At this point we just had to laugh about it all.  Despite not having a guide, which would have been better for the kids, the tour we went on was actually a good day out.  That combined with the fact that whichever company got the jump on Dev’s clearly undercharged us for the tour. We don’t think they initially noticed the kids and we think they went free of charge!

The whole thing just made us a little more cautious for the rest of our time travelling! 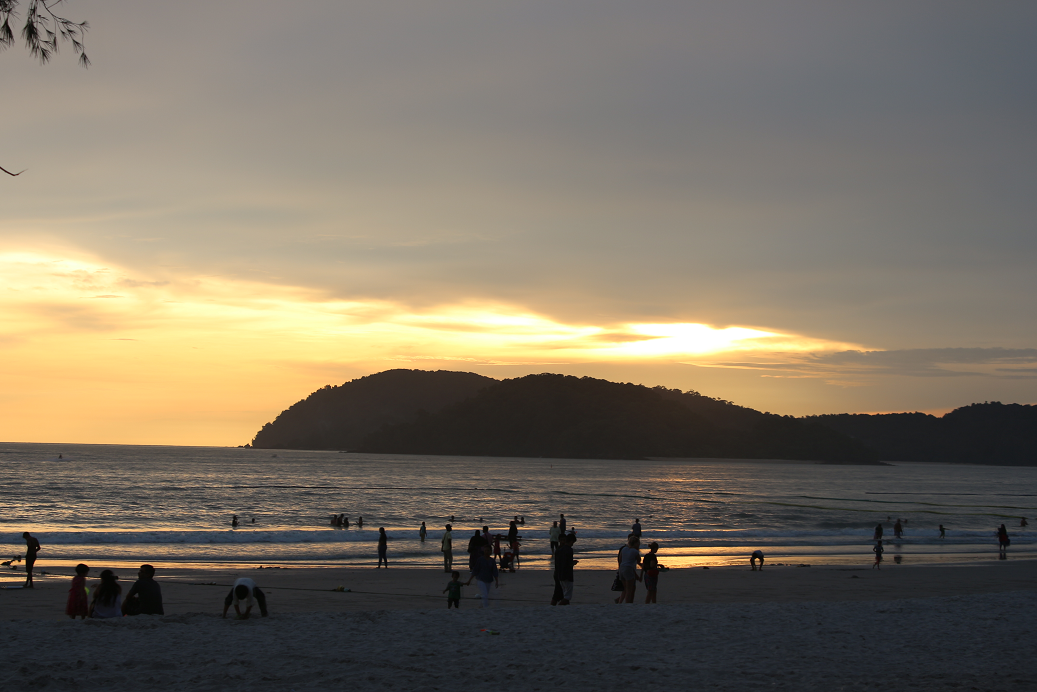