There is a three-hour time difference between Auckland and the Gold Coast.  Our JetStar flight landed at 4:30pm but our body clocks were telling us it was later in the evening.  After clearing immigration, we called the car rental company who sent a shuttle bus to collect us.  An hour’s drive later and we were pulling in to the Ramada Hotel, Hope Island for our week-long stay.

The next morning at breakfast the kids had a visit from their Uncle.  He was working nearby and popped in to chat for half an hour.  It was good to catch up.  The rest of the day was all about relaxing and spending time in the swimming pool.

Friends of ours, Mel and Tristan, had emigrated to Australia from the UK and we had set aside a day to catch up with them.  A short drive to Brisbane and we were met with the familiar face of Mel and her children.  The kids all went off to play while the adults caught up.

After a great home-made pizza for lunch we headed to a local hairdresser for some much-needed haircuts.  Tristan returned from work as we arrived back to their house.  The kids spent time in the swimming pool.  Mel and Tristan’s children were great swimmers and were patient with our two less confident swimmers.  By the time the swim session had ended they had taught our two to swim underwater!!  We stayed for dinner and didn’t leave until around 10pm.  A great day spent catching up with friends.

After a lay in the next morning we headed to the Daisy Hill Koala Sanctuary.  This free small sanctuary just south of Brisbane has a few koalas to see and a lot of informative posters to teach the kids about koalas.  It was a hot day and we headed back to the hotel for some pool time. 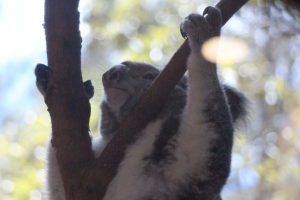 Koala at the Daisy Hill Sanctuary.

It was the weekend and this was all about family time.  Unfortunately, the kids Uncle was on call all weekend and we didn’t get to see much of him.  We spent Saturday with the kids’ older cousins, who at seventeen were practically men now, and their Aunt.  Despite the age difference the kids bonded well with their older cousins.  We were hoping to see their Uncle on Sunday but he had been at work all day Saturday, through the night and well into Sunday afternoon.  He had a quick rest and we met up with everyone for a pizza meal at the nearby Godfathers Pizza.  Since he had worked such a mad shift on call, the kid’s Uncle would take the next day off. 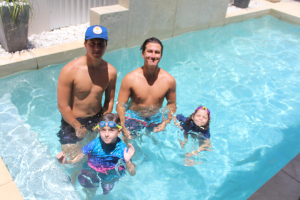 The kids with their cousins.

So it was that the next day, our last on the Gold Coast, was spent with our family at their home.  Our kids spent more time with their cousins both in and out of the pool. Dad and Mum spent time with Dad’s brother and sister-in-law.  Late at night we said our goodbyes, driving back to the hotel to pack for our early morning flight.  Our week on the Gold Coast was over and we were flying on to Tasmania… 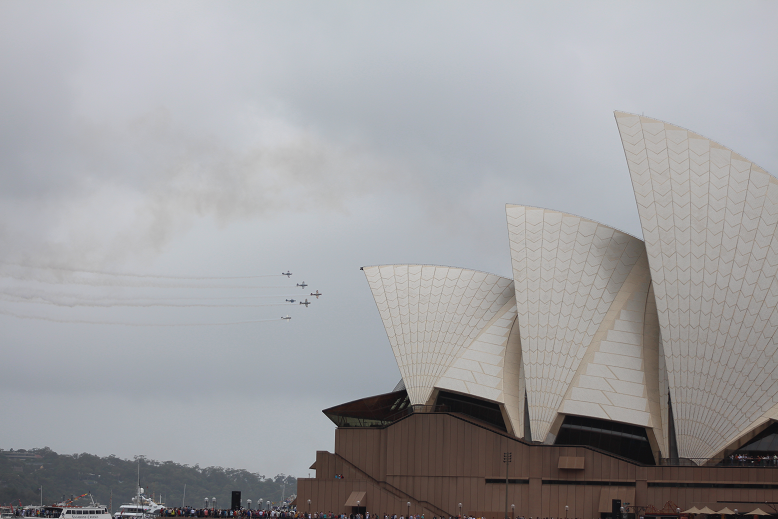 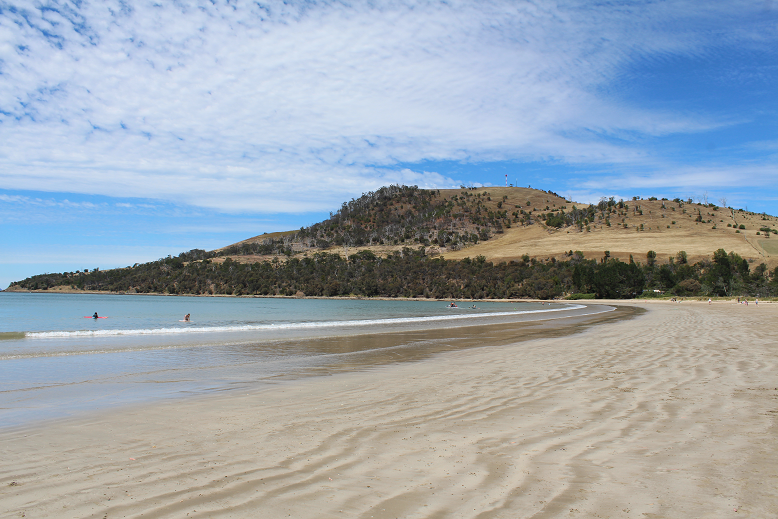