We agreed that while Dad went to Rapa Nui for four nights, Mum would look after the kids in Santiago.  We had been to Chile’s capital city before and knew it well enough to plan an AirBnB apartment in an area close to a park and with a supermarket close by.   Since the kids loved to swim and hadn’t had much opportunity to do so yet in South America we specifically went for an AirBnB with a pool.   Like all best laid plans, this one didn’t go as expected!

Firstly, the AirBnB apartment was not as big as we thought.  The 2nd bedroom could just about fit a bunk bed in it, no big deal – we would cope with this.   We then found out that there were four tower blocks.  Our apartment was in one of them, while the laundry and swimming pool were in a different block.   Again, no big deal – we would cope with this.   In the worse-case scenario the kids could have plenty of screen time on their tablets.  Then our daughters tablet broke down and we could not get it to work.  No big deal – the kids would share, or one could use the laptop.

So, Dad flew off to Rapa Nui, leaving Mum with the kids.   Mum decided to do the laundry and packed all our dirty clothes in a bag and set off, kids in tow, to the adjacent tower block.   On arrival, it was apparent that the machines did not take coins as we had presumed when we first saw them.   They took tokens.  With limited Spanish, Mum now had to find out where to get tokens from.  The tokens were sold in a machine at the bottom of the tower block.   Mum, kids and washing went down to the machine that dispensed the tokens (and detergent).

The machines only took smaller notes.  Mum didn’t have small notes.   She would have to go to the nearby supermarket to break into the bigger notes we had.   Mum, the kids and washing all went back to our apartment.  The washing was left behind while Mum and kids headed to the supermarket.   The kids decided to niggle each other and argue around the supermarket and all the way back to the apartment.   Armed with smaller notes, Mum grabbed the washing and headed back to the token and detergent machines before heading up to the washing machines.

While loading the machines the kids continued to play up – acting up with each other on the balcony of the 28th floor.   This was enough for a random woman to reprimand them in Spanish, which made Mum feel highly disappointed in them both.   On return to the apartment Mum lost the plot with them for their behaviour.

The afternoon would surely be better.   The first swimming pool action in over a month.   Mum, kids and swim gear made their way to the adjacent apartment and everyone got changed for the pool.  Our son jumped in and his expression changed immediately.  “It’s freezing!!” he protested.   He is known for his low threshold for things like this so Mum ushered our daughter into the pool and got in herself to find that our Son was not exaggerating.   It was freezing.   Despite wanting to tough it out they were all out of the pool after five minutes.   The one thing that was supposed to keep the kids entertained the most – the swimming pool – was no longer an option! 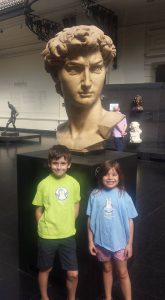 The kids enjoyed the Modern and Contemporary Art Museum in Santiago, Chile.

That was day one.  It could only get better from here, and fortunately it did.  On the second day Mum took the kids to the nearby park – always a winner.   Following play time at the park it was a short walk to the Modern and Contemporary Art Museum.   The kids really enjoyed their time looking at the art, and wished they had brought their pads to sketch some work of their own.   With the swimming pool no longer an option the laptop was used to Skype friends back home.

The unfortunate events did not end though as Windows decided to update on the laptop and it did not return to action until Dad was home!   Mum saw the funny side though and got to work entertaining and educating the kids for the next two days until Dad flew home.   The kids stayed up late to welcome Dad back to the apartment after his Rapa Nui excursion.   We were back together as a family, which always makes things easier.   To get away from the apartment for a bit, Mum and Dad planned our next adventure – a short trip to Valparaiso…. 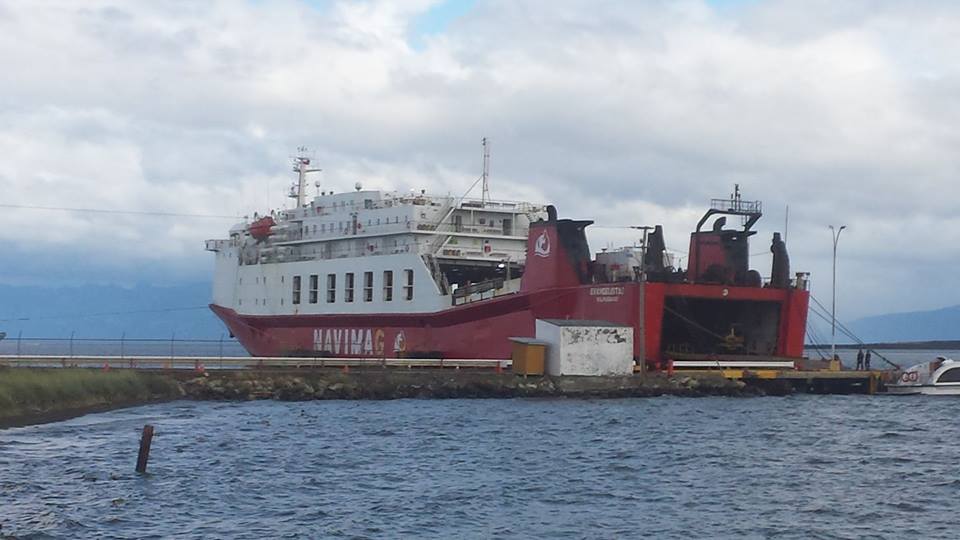 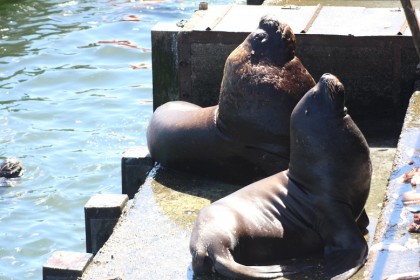 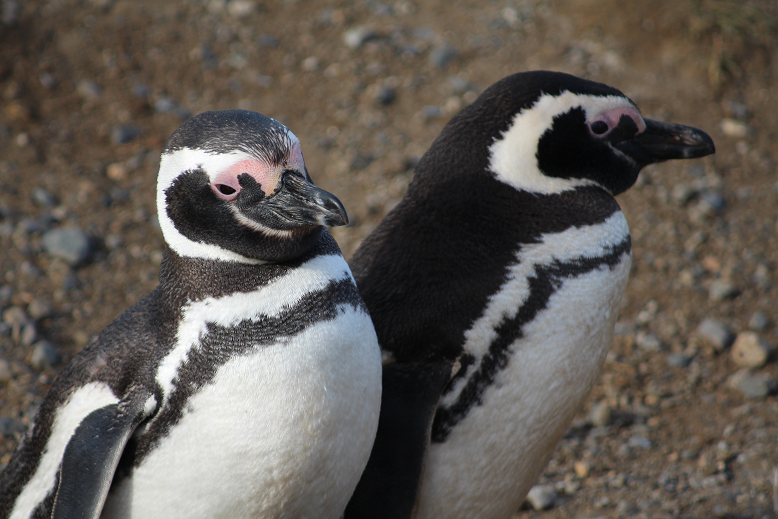