Our city break began with the short drive to the airport where after checking in the bags we had a one hour queue to clear security.   Once though we had a sandwich lunch before boarding the EasyJet flight to Prague.  I always smile at the contrast between our son and daughter.  He is a nervous flyer and on take off will grip his seat arms with all his might while I look over to my daughter and she has her hands in the air, roller-coaster style, and is being bounced around in her seat and loving it!!  It was supposed to be a pretty simple flight, only 1 hour and 35 minutes, but just after halfway though I (Dad) had to abandon entertaining the children as I was hit by sudden nausea!  I don’t believe it was the flight itself, so can only blame the airport sandwich!  However I really didn’t feel great at all and as I stood waiting for the person before me to finish in the toilet I was clutching a sick back and trying not to be ill as I watched the flight attendant tuck into her hot lunch in front of me!  Sure enough I was sick in the toilet.  I’ll spare you the details – but I felt much much better after purging!

A thirty minute transfer from the airport saw us arrive at our accomodation – Charles Bridge Economic Hostel , we were staying in a two bedroom appartment which we had booked through Hostelworld.com.  The staff at reception were really welcoming and made us coffee and hot chocolate and showed us up to the apartment as a priority so that we could settle in with the children before checking in.  When I finished the coffee and went downstairs they provided us loads of Prague information, they double up as a Tourist Information centre so were very knowledgeable.

The other great thing about the hostel is it’s proximity to one of Prague’s biggest tourist attractions – Charles Bridge.  It’s literally next door to the entrance to the bridge so we set off walking across the bridge and the children took it in turns to try and imitate the poses of the many statues that line the bridge. 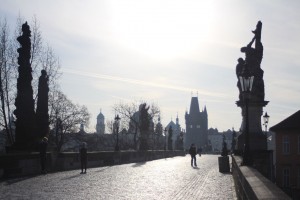 A dark rain cloud was approaching fast and the temperature had dipped, so we took the opportunity to go to a restaurant once we had reached the opposite side of the bridge.   The seating was outside but covered by tarpaulin so that the rain would not get us, or so we thought.  A gap in the roof was exposed when hailstones began to fall just behind our chairs!   It was all part of the experience and we laughed it off, at least we were not outside getting wet.

After the meal we headed back to the apartment. My daughter and I then went out again to scout the area (or for her ‘To rescue Paddington’), check where the nearest tram stop was and to stock up on some groceries.

After breakfast in the apartment we took the short walk to the John Lennon wall.   Another short walk took us to the Petrin Hill funicular. The idea was to take this lazy option to the top of the 318m hill and save the little legs from getting tired. Unfortunately the funicular was out of service for the period of our holidays. We let the kids play in a park at the bottom of the hill before starting our ascent.

The views from the hill over Prague were spectacular but by 3/4 of the way up we had two tired and grumpy children on our hands.

We pushed on as we knew there was a mirror maze at the top of the hill. We are glad we did. Despite the mirror maze being small the kids loved it, especially the hall of mirrors which made them look silly.

The walk back down the hill was a lot easier and we caught the tram and Metro to go to the Vytopna restaurant for our lunch.  By the time we had reached our destination the weather had changed from drizzle to snow!  We had read about Vytopna before we came and thought that the kids may love it.  There is a model railway that spans the restaurant and the trains deliver your drinks to your table.  As predicted the children really loved the theme of it, and the food here was good too.  A winner!

e giant bubbles in the street just outside the entrance to Charles Bridge.

After chilling out for a little bit we set off over Charles Bridge and walked to the Old Town Square where we saw the Astronomical Clock and wandered around the Easter market.  On our way back we stopped off at Kampa Park and let the kids play on the see-saw, swings and climbing frames to end the day.

Going to the Zoo

We made the decision to spend the day at Prague Zoo today, so we set off once more across Charles Bridge to catch the tram (no. 17) and then bus (no. 112) which took us to the entrance to the Zoo.  Prague Zoo was very impressive and we spend the majority of the day wandering around and looking at the animals. 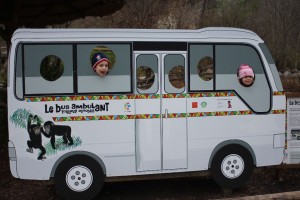 They had a play park for the kids to burn off even more energy at the end of the visit and we headed back to the city centre in mid-afternoon.

We took the walk back near to the bank of the Vltava river and found a spot with good views of Charles Bridge and lots of swans swimming around.  After spending some time chilling out here we headed back to the apartment via Kampa Park again.

We had our last dinner in Prague out at Plný pekáč , which was very good and had a nice laid back atmosphere.

Up early and on the tram to Prague Castle this morning where we took a wander around the impressive grounds. 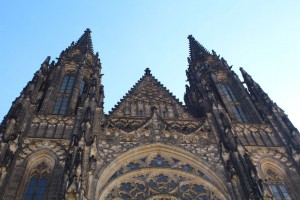 Prague Castle was built in the 9th century and is the largest castle complex in the world, housing the impressive St Vitus’s Cathedral.  Within the walls is the Toy Museum so we had a quick look around here, the children choosing which their favourite old toys were.

We walked from the castle back to Malostranska to catch the tram back to Charles Bridge Hostel to check out.  We had time to all sign the guestbook before leaving for the airport.  The children were not happy to be going home as they were sad to be leaving Prague – always a sign of a good break!!! 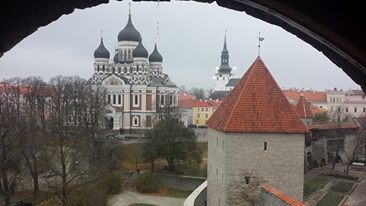 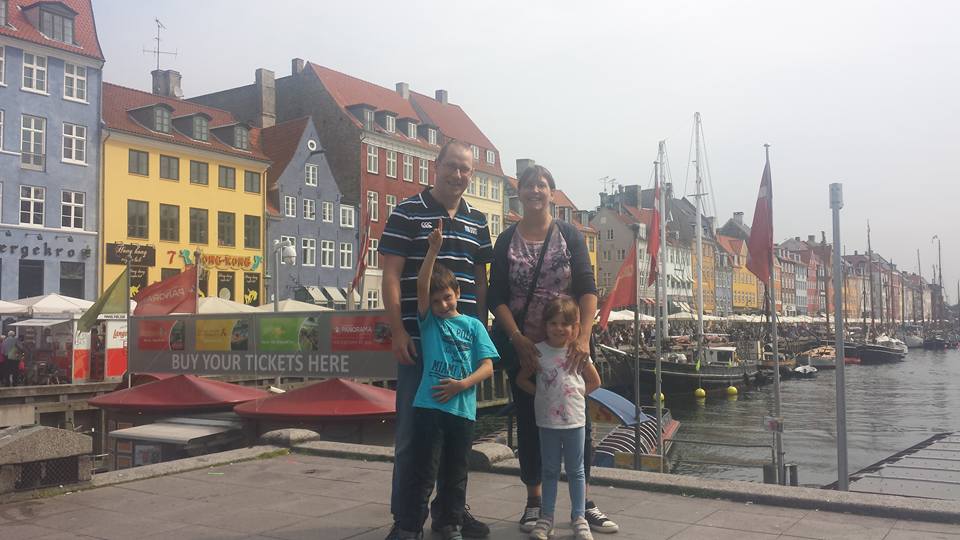