After Hoi An, Angkor Wat was up next! Our flight from Da Nang to Siem Reap was short.  Compared to Vietnam, the visa on arrival process was a lot quicker and we soon had our baggage.  The Overflow Guesthouse had sent a Tuk Tuk driver to collect us from the airport.  A smiling man wearing a cowboy hat was waiting for us.  His name was Semi and he would be our driver for the next week.

Tuk Tuks in Cambodia are different.  A detachable seating cart is pulled along by a motorbike.  As we made our way from the airport to the guesthouse the kids were loving the new form of Tuk Tuk.  We were checked into the guesthouse by Scott and shown to our spacious room.  The guesthouse has food options in addition to the included breakfast.  We sat by the pool and had a late dinner before returning to our room for a good nights sleep.

For our first full day in Siem Reap we took a short ride into town on Semi’s Tuk Tuk. Walking around we visited the market where the kids made friends with a little girl.  Her mother was running a stall and our two played with her for a little bit before we moved on.  We had lunch in a restaurant on Pub Street and purchased some groceries and then headed back to the guesthouse.  The afternoon consisted of fun in the pool and learning in our room.

Angkor Wat was the reason we were in Siem Reap.  We knew that the grounds were large and that there were other temples to see.  Based on this we had decided to stay in Siem Reap for seven full days.  The plan was to break up our visit to Angkor Wat Park into three days.  Semi picked us up nice and early and helped us beat the queue to purchase our three day passes.  The kids were free which was a bonus!

As we approached Angkor Wat from behind the size of the moat we were travelling around gave a good indication of just how big the Angkor Wat temple is.  We joined the crowds of people making their way over the bridge and entered through the gates.  Angkor Wat was before us and looked magnificent. It was still a fair walk away and we took a detour to the lake for photos.  Once at the temple the kids had a great time exploring and clambering around. 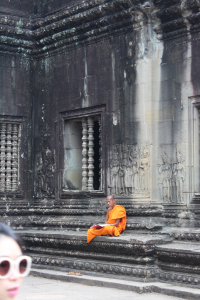 A monk sits inside Angkor Wat

We left Angkor Wat very satisfied with what we had seen.  Little did we know that the next place we visited would, for us, top Angkor Wat.  Semi drove us within the walls of Angkor Thom to the Bayon temple.  It looked spectacular from the outside and was even more so once we were inside.  The 12th century Khmer temple was very symmetrical and large Buddha faces were around most corners.  We had a bit of a scare as we couldn’t find our daughter.  Dad hurried around the temple searching for her.  When he returned, she was back with Mum.  A group of Chinese tourists had surrounded her to take pictures and had hidden her from view.  Once that drama was over we relaxed and enjoyed the temple. 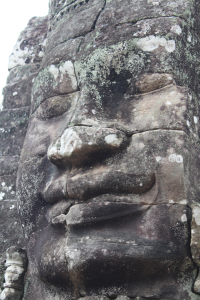 A short Tuk Tuk drive away we were dropped off at the Elephant terrace.  Semi would meet us at the other end of the walk.  As we walked towards the wall, Dad realised he had left the GoPro back at Bayon.  He had put it down while using Mum’s camera and forgot it.  Mum stayed with the kids while Dad rushed to find Semi and get a lift back to Bayon.  Fortunately, one of the members of staff had seen it and put it to one side. They still needed proof that it belonged to Dad though, so he had to find a video with himself in it.  Luckily, he had one as we left Angkor Wat and the GoPro was returned.

Day one of Angkor Wat Park was over and we had lunch in town before relaxing at the guesthouse pool.  That evening the kids watched E.T. for the first time.  A very memorable day for them both!  There would be more adventure in the days to follow…. 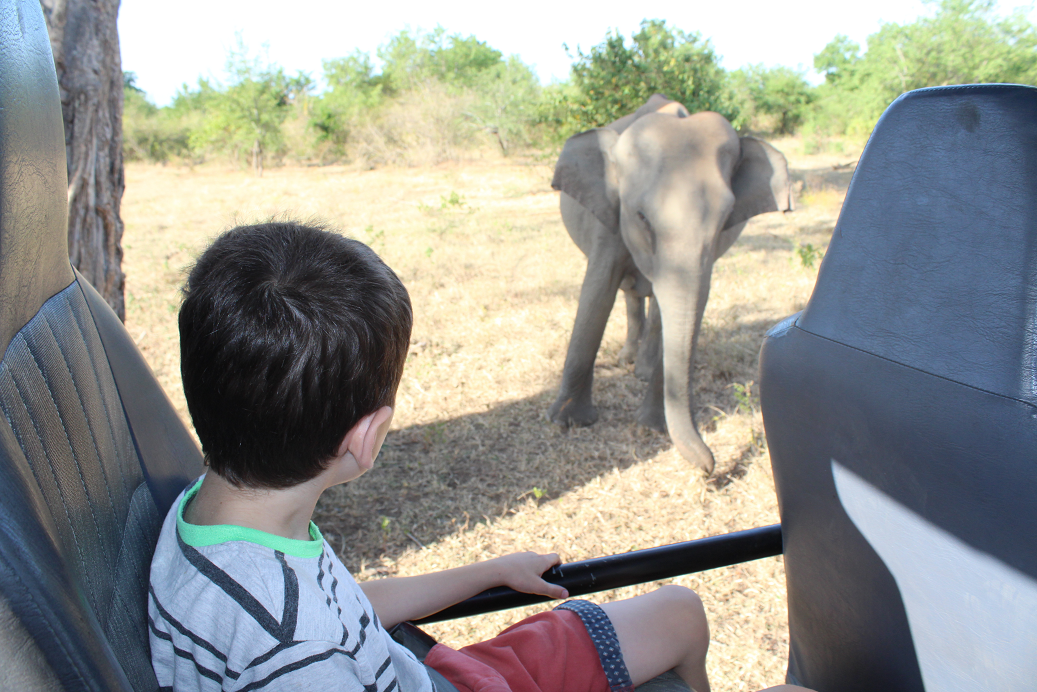 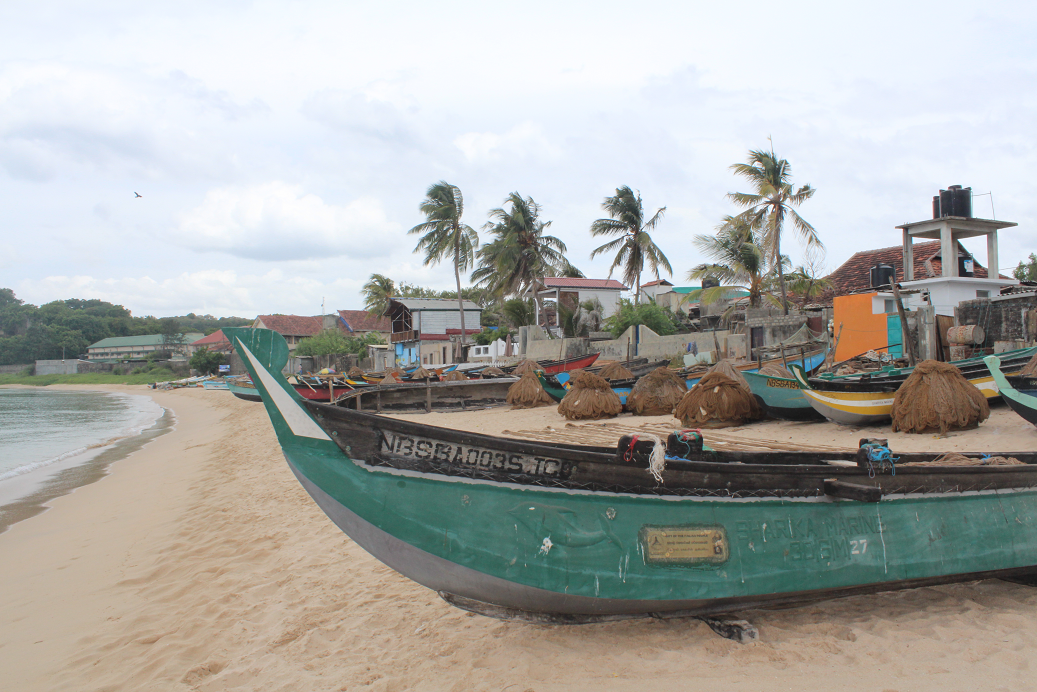 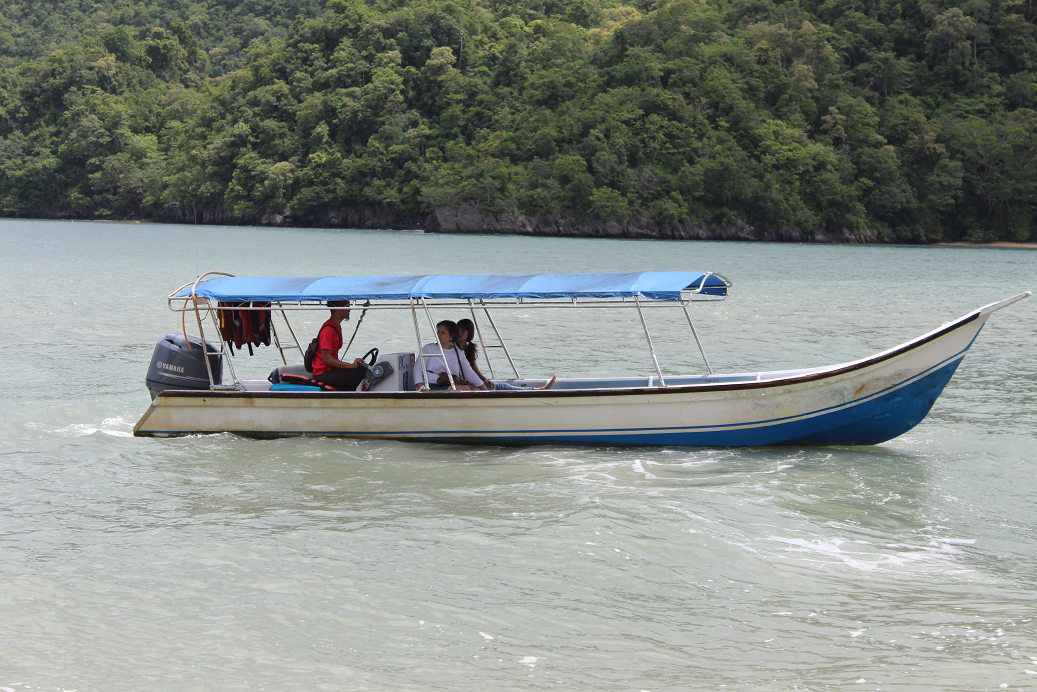